If You Expunge your felony conviction, can you buy a gun? 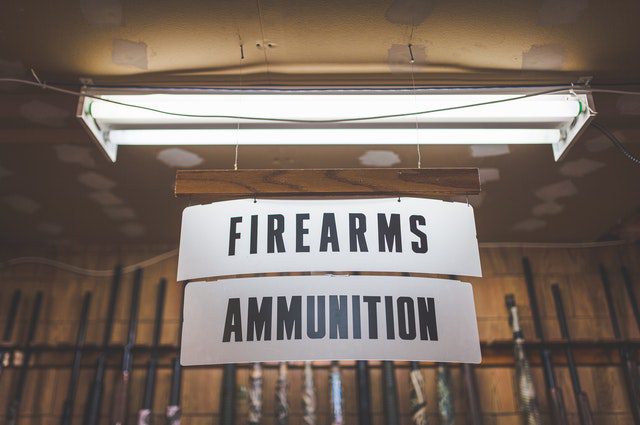 This article continues our series on firearms rights in Oklahoma. In this series of articles, we look at how your criminal record can restrict your gun rights.

As we discussed in our last article, the State can revoke your gun rights because of felony convictions. The state’s restriction on gun rights also applies to certain misdemeanor convictions as well as violation of Domestic Protective Orders and even some drug offenses. We will address the latter in the next article.

In this article, we specifically address the issue of whether persons with felony convictions can reclaim their gun rights.

As you already know, persons with felony convictions cannot possess or purchase firearms. In fact, they cannot even ride in a vehicle with firearms nor can they be within reach of a gun that would deem them in immediate control.

As you can see, this restriction is very tough. And there is good historical reason.

Traditionally, a felony was a very serious crime, usually of a violent nature, that involved hurting another or causing some threat of violence. At common law, it was legal to “shoot a fleeing felon.” This history demonstrates how society felt about the rights of felons and those engaged in felony crimes.

Many crimes are felonies these days: drug crimes, theft and property crimes; white collar crimes. Many of these were not traditionally felonies at common law. In fact, drug crimes didn’t even exist at common law, and are a rather recent phenomenon in American Jurisprudence.

While Oklahoma has relaxed its laws surrounding drug possession – all crimes involve simple possession are now misdemeanors, regardless of the substance – there are still thousands of people bearing the scarlet letter of a conviction, even though the crime would now be considered a misdemeanor.

Oklahoma has expanded its Expungement laws to convicted felons

As we have written about previously, Oklahoma has expanded its expungement laws to include convicted felons.

Historically, Oklahoma only allowed persons with felony convictions to expunge their records if they also received a pardon from the governor. However, in 2018, that changed.

Persons with felony convictions do not need to obtain a pardon in order to expunge their record.

An expungement is a court order that seals a personal criminal record from public access. After a person obtains an expungement order, their record will not be accessible to anyone outside of law enforcement. This includes government agencies, as well as employers, landlords, universities, professional licensing associations, and anyone else.

Further, an expungement order confers upon the person a right to legally deny the prior existence of the record. This allows the person, once a convicted felon, to legally state that she or he has never been convicted of a felony.

This is very helpful when applying for a job, seeking a professional license, or looking for an apartment to rent.

But does it help when it comes to possessing a gun? What about purchasing a gun from a store?

Expungements conceal the record of the conviction, but do not restore the rights lost

Expungements are a tool for privacy. They also have a limited application in certain situations, such as obtaining an SDA conceal carry permit from OSBI, that allow you to obtain the right.

But not when it comes to remedying the problem of being a convicted felon, and which means losing all of your gun rights.

While expungements prevent the public from seeing your expunged criminal record, they do not restore your status to that of a person entitled to possess a firearm.

In order to restore your rights, you need the Governor to pardon your crimes.

Because state law strips you of your gun rights once the court rules you are guilty of a felony. And the newly revised expungement laws do not address this incongruency.

Do you need both an expungement and a pardon in order to get your gun rights back?

In order to have your gun rights restored, you do not need an expungement. You need a pardon.

A pardon is a forgiveness of the crime, and it restores the rights lost. The executive branch holds the power to pardon. This power is a function of the separation of powers inherent in the American legal system between the three branches of government.

The governor may only pardon non-violent felonies, which are the same class of felonies that qualify for expungement. 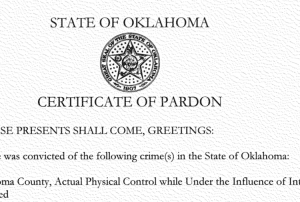 The Benefit of Obtaining both a Pardon and an Expungement

There is great benefit to getting both a pardon, as well as an expungement.

On the one hand, if you receive a pardon for your crimes, you gain back your gun rights. But when you go out into public to do business or otherwise, no one will know. When you go to apply for a job or to rent a house or apartment, the people you deal with will look up your record and see the felony conviction(s).

Even if you go to a firearms dealer, it would not be unusual for them to hesitate to deal with you. We’ve seen many instances where our pardoned clients were still unable to exercise their rights due to the ignorance of the public agencies they were dealing with, as well as the simple confusion caused by having rights granted by the governor – and evidence by a Certificate of Pardon – all while being confronted by the words “Subject is Convicted Felon” on the OSBI report.

On the other hand, an expungement erases the OSBI report, erases all trace of the felony conviction from public view, and allows you to go out into the world and no one will know you were ever convicted of a felony.

Except, some people and agencies will know.  Those with access to law enforcement databases, such as the National Instant Criminal Background Check System (NICS), will see your conviction. Specifically, federally licensed firearms dealers are required to submit information through the NICS system. And if you were convicted of a felony, you will be in that system, whether you were expunged or not.

Obtaining a pardon will restore your rights and you will be able to purchase a firearm.

As you can see, the ideal situation is to obtain both a pardon and an expungement. However, if you cannot afford to do both at the same time, you can opt to do one or the other, in whatever order you prefer, based on your own priorities.

If you complete this form, we will review your case and get back to your within 24 hours.