Does a misdemeanor affect your ability to get a job in Oklahoma? 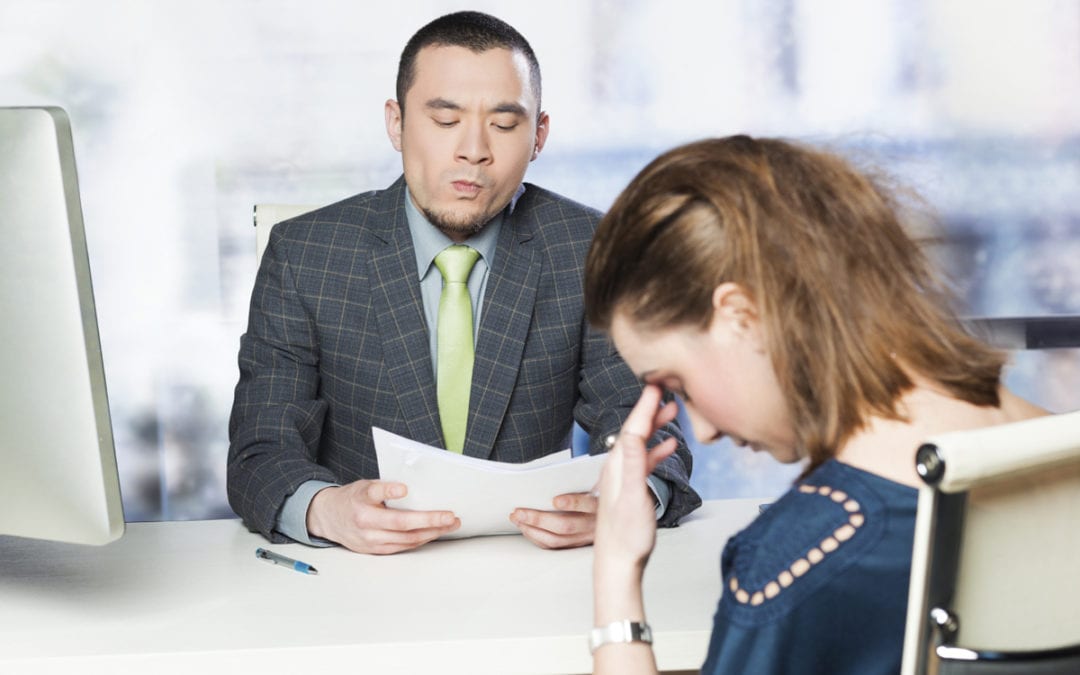 This article continues our series on how having a criminal record can affect employment opportunities in Oklahoma. We previously discussed how different industries have different standards for what they consider to be a serious crime for the job.

In this post, we will look specifically at misdemeanor crimes, since those are the most common type of crime that the average person will have on their record.

Types of misdemeanor crimes in Oklahoma

A misdemeanor is legally defined as any crime that is punishable up to one year in jail. However, jail time is hardly ever given as a sentence for misdemeanor offenses. More commonly, a person will receive either a fine or probation or a combination of both, and maybe even some community service.

The most common misdemeanor offenses, not including traffic violations, are Driving under the influence (DUI), marijuana possession, larceny of merchandise (less than $500), resisting arrest, and domestic related charges such as domestic assault and battery.

As you can see, misdemeanors encompass everything from traffic violations to minor drug possession, to theft crimes to crimes involving use or threat of physical force.

Employers will scrutinize these charges differently depending on the industry standards, and work place culture. Let’s examine how these charges can affect job hiring.

How a Misdemeanor arrest record affects employment opportunities in Oklahoma

Many employers look down upon any type of crime involving dishonesty, including theft and larceny charges. That is because an employer wants to be confident that the employee will not steal from the company, or worse, misappropriate sensitive information or data, such as client account information. Therefore, even the smallest theft charge can convince the hiring manager to look at you as someone who can’t be trusted and prevent you from getting the job. Thankfully, these charges can be expunged. And you should do so immediately, especially if you want a white-collar career.

Charges involving minor drug use, such as marijuana possession, may not be a big deal in 2018, but that may all depend on the employer. In traditional, conservative work environments, marijuana use may be a big deal; in others, it may not. You should ask around before applying and consenting to a background check. Misdemeanor drug charges are eligible for expungement.

Then there are the types of charges that usually require a lengthy explanation to make full sense of them.

Charges that involve mischievous conduct, such as outraging public decency, resisting arrest, public intoxication, disturbing the peace, vandalism, and the like will definitely make the boss raise an eyebrow. To some, this is enough to label you a hoodlum, not suitable for the job. Others may want to hear the story, knowing it may at least be entertaining to hear. For professional environments, these charges are definitely not good. For less formal environments, you may get a pass with a good explanation. Or you could expunge these charges and not have to explain your past bad decisions.

Probably the worst misdemeanor charge to have on your record is domestic abuse, since it implies physical violence and brings to mind the image of a hot-tempered man who beats his wife. But if you’ve ever been arrested for a domestic charge, you know that’s not at all the case.

Yes, many times a person arrested for domestic assault and battery really is a person unable to control himself (or herself), and uses physical force during relationship conflict. Most people would agree that such a person deserves punishment and the scarlet letter that follows. But in many other cases, it may not be so black and white.

In today’s criminal justice system, police are trained to respond to domestic calls by separating the two individuals; only one person can remain in the home; and usually will arrest the other person. That person will then be charged with a domestic crime, be ordered to go to counseling, and will receive a probation term.

Having domestic abuse charges on your record can most definitely prevent you from getting a good job. Businesses have much concern for safety in the work place, as well as toward their customers. Business face so much in terms of civil liability – the threat of being sued by either an employee or a patron – that they have reason to exclude anyone with any history of physical violence, even low-level misdemeanor violence.

Anyone with a domestic abuse charge should immediately seek expungement, as it has a great affect on not only job opportunities, but can affect how you can participate in activities involving children, such as youth groups, day care, church activities, and many other social settings where there is a concern for safety of vulnerable populations.

In the next blog post, we discuss how you can get a misdemeanor off your record.