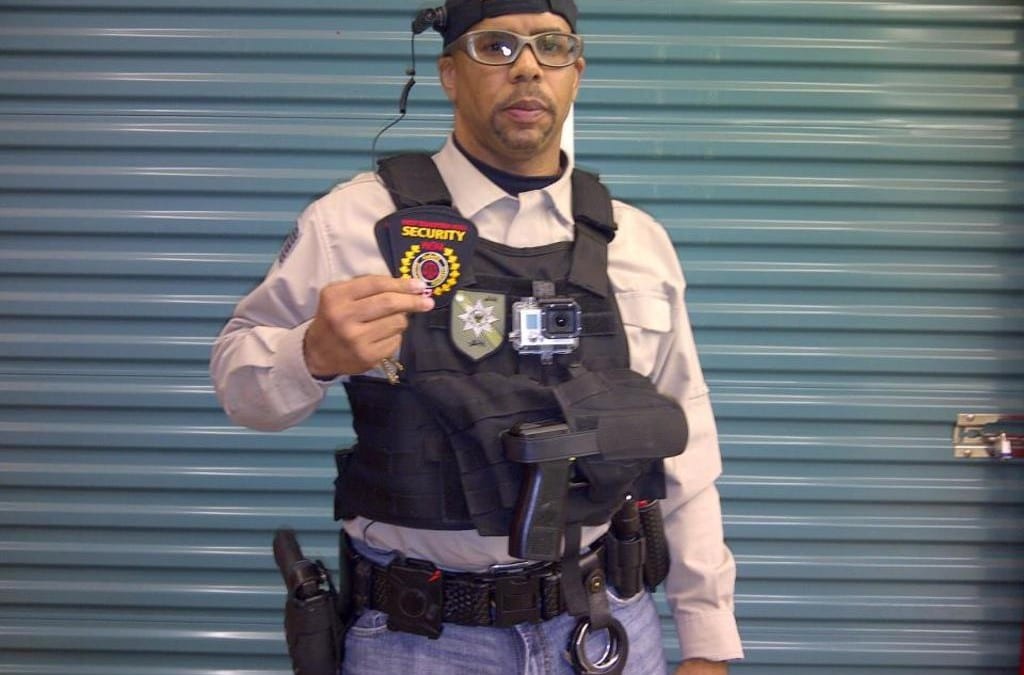 In the last few years, I have noticed that many apartment complexes in the Oklahoma City area have stepped up their security presence, hiring guards (sometimes fully armed) to police the parking lots and entryways. There is nothing with wrong property management taking precautions to make the place safe. In fact, they have a duty to do so for the apartment’s residents.

What is not ok is when these contracted security companies make residents feel like prisoners in their own homes.

I have heard of so many incidents in Oklahoma City where security guards have threatened, and sometimes attacked, residents of the very apartment complexes they are hired to patrol and protect.

A Short Story about Security Guard Abuse in Northwest OKC

A few years ago, I represented a woman who was physically attacked by a security guard at her apartment complex. Prior to the attack, she was sitting in her car, talking on her cell phone. The guard tapped on the window and told her she needed to go inside. Later, as she was getting out of the car, she paused as she continued talking on her phone. The guard then came up to her, told her she was violating the “no loitering” policy, and that she needed to go inside. When my client refused, he took her to down, face to the ground, put his knee into the small of her lower back, pulled her arms behind her, and attempted to handcuff her. Thankfully, someone called 9-1-1 for an ambulance. Did I mention she was seven months pregnant? Thankfully the mother and baby were alright and there were no complications at birth.

“No Loitering” Policies Enforced on Residents

That was a horrifying story to hear my client tell, and suing the security company (and the apartment complex) was gratifying in itself. But I’m still disturbed by the broader implementation of a so-called “no loitering” policy at an apartment complex. I understand how the apartment management would want to keep non-residents from loitering in the parking lot and common areas. But to treat residents like they are strangers is just not civil. Further, to infringe on their rights as they enter and exit the premises, their vehicles, and common areas is illegal, as is the use of excessive force.

You do have rights. Don’t let abusive Security Guards in Oklahoma City take them away.

You don’t have to be a prisoner in your own home. As a tenant of an apartment complex, you are entitled to use all common areas, such as parking lots and stairwells, pools and parks. A landlord cannot restrict the tenant from basic ingress and egress: entering and exiting the parking lots, stairwells, and common areas. So what if the tenant hangs out a little longer? Is the tenant not allowed to walk around on the premises?

I think these “no loitering” polices, as enforced on tenants, are completely bogus and I would challenge them in court every time.

Have you been abused or assaulted by a security guard at your apartment complex? If so, call us to take action now. Take back your parking lots and parks. Do not be a victim of excessive security enforcement. These are the exact type of cases I focus on: suing for the wrongful conduct of those who abuse power and obtaining just compensation for my clients.

I always take these cases on a contingency basis, meaning my fee is dependent on winning a judgment or settlement against the corporate defendants. I don’t charge unless I win. And if I take the case, then I plan on winning!