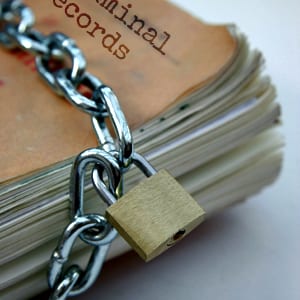 In this blog post, we will explain the various types of sentencing in Oklahoma criminal cases, and how the type of sentence affects your ability to expunge the case.

How a criminal case is resolved in Oklahoma Courts

In Oklahoma, the state files information alleging a crime was committed and describing the evidence that would support the allegation.

The plea and sentencing stages are generally separated into two separate hearings. If the case went to trial, the jury would render a verdict, and if it was guilty recommend a punishment/sentence.

After a hearing or verdict finding the defendant guilty, there is usually a second hearing to determine sentencing.  At the sentencing hearing, the court will enter the Judgement and Sentence the defendant.

The Judge can sentence a person to pay a fine or serve a term of imprisonment.

The judge may suspend the sentence. This means that the judge will issue a sentence for a term of years or days, but may “suspend” a portion of the sentence, meaning you will not have to serve that amount of time in prison.

An example would be a five-year suspended with all but the first six months suspended. That would mean that the defendant would serve six months, and the remaining four and a half years would be served out of prison. The suspended portion can be supervised or unsupervised.

Of any of the types of sentences explained above, any one of them can still be expunged if the case was a misdemeanor or non-violent felony. The only difference will be the waiting period.

However, if you have two felony cases, then the time period is ten years after the last felony sentence ended.

If you would like more information about your own rights or what options you have, we would be happy to help. We provide free consultations over the phone or at our office, you may simply call or email to get the information you are looking for.

If you want to hire us to expunge your record, simply call or text 405-701-6016, or you may send an email. You are welcome to schedule an appointment at our office. We also accommodate all of our clients by allowing them to hire us online as a matter of convenience.

You simply contact us, we will review your case, quote you a price and then accept payment over the phone or by email. You may also mail a check.

We typically complete expungements in about 60 days, and our clients do not need to come to court. We handle everything for the client. And we return to you two certified copies of your expungement order.