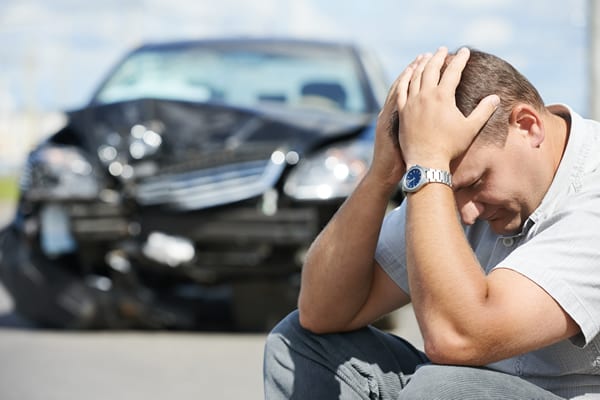 And yet you still haven’t been paid… or worse yet, haven’t even gotten a decent offer!

Instead what you’ve gotten so far is the run around. Delay, delay, and more delay, with the adjuster making up all kinds of excuses and reasons why they still can’t pay your claim or why they still need more documents and info.

How do Lawyers in Oklahoma City handle difficult adjusters during the claims process?

As an Oklahoma City car accident attorney, I do not waste time negotiating with insurance adjusters.

When I take a car accident case in Oklahoma, I immediately file a lawsuit if the insurance company does not pay my demand.

I refuse to haggle back and forth with insurance adjusters. It is a total waste of my time. At most, I make one attempt to settle to the case with the other side’s insurance carrier. I gather all documents and other evidence that supports my client’s case and I send it to the adjuster. Then I make my settlement demand. And wait for a response.

When the insurance company gets back with me, there is only one acceptable answer: “Okay, we’ve decided to pay your claim.” Any response other than that is asking for a lawsuit. Any request for additional medical or anything is meaningless. If such additional evidence was necessary for proper evaluation of the claim, I would have already included it with everything else when I sent my demand. If that is not enough, then I know they have no intent on paying the claim unless a lawsuit is filed. Which is exactly what I do.

Attorneys that spend too much time negotiating with insurance adjusters merely delay getting a good outcome.

Many attorneys in Oklahoma City will accept representation of new car accident clients only to spend two years negotiating with the insurance company, trying to settle the case. Why they do this I will never understand.

During these drawn out, pre-litigation scenarios, you see the same thing happen every time. The adjuster will give all sorts of reasons, which sound legitimate, for the delay. Some examples:,

Or maybe something even more ridiculous, such as:

Did I mention that negotiating with insurance adjusters is a complete waste of time?

What’s really going on? Why the delay from Insurance?

If the adjuster had any intent on paying the claim, he would have done it already. Instead, they pitch these bad excuses and reasons to make it look like they’re still evaluating the claim, and they just need a few more documents and then they’ll be ready to make a counteroffer or pay the demand.

The reality is that it doesn’t take two years, or anything close to that, to evaluate a car wreck claim. And they certainly don’t need things like the actual X-ray film (yes, I’ve had an adjuster request that).

What’s really going on is the adjuster is waiting to see how the attorney reacts to these ridiculous requests. If the lawyer complies or agrees with the delay, then the insurance company knows they can continue dragging it out. And if the insurance adjuster can drag it out for just over two years, they really win. In Oklahoma, there is a two-year statute of limitations for car accident cases. Which means after your car accident, you have two years to file a lawsuit. So you don’t want to spend years in the claims process.

More importantly, in cases involving large damages, you very likely won’t settle the case until right before trial. In Oklahoma County, it can take anywhere from one to two years to get your case to jury trial. So any time wasted before the lawsuit just delays the final outcome.

The moral of the story is don’t let the insurance company drag out your claim. If you’re having trouble settling your car accident claim with the insurance adjuster in Oklahoma, then its time to cease those communications and file a lawsuit.