Can Domestic Violence conviction affect your gun rights in Oklahoma? 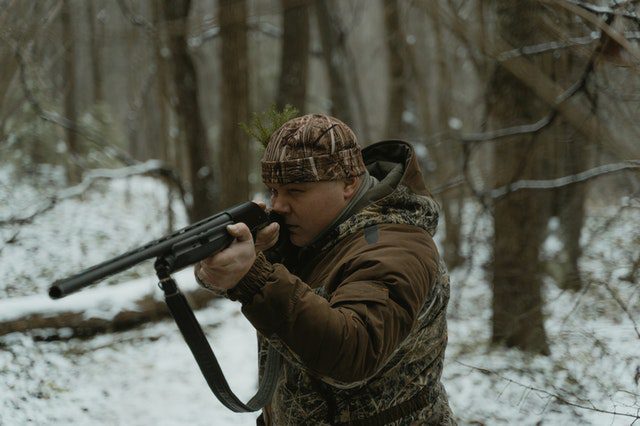 This article continues our series on firearms rights in Oklahoma. In this series of articles, we look at how your criminal record can restrict your gun rights. And what you can do about that to protect your freedom, your civil liberties, and your American right to own, possess, and carry a firearm.

In this article, we want to discuss how arrests, convictions, and criminal charges relating to domestic violence can affect your gun rights in Oklahoma.

In Oklahoma, the term “domestic violence” or “domestic abuse” refers to a crime involving two people that are in a domestic relationship or live together in the same household. The crime we are talking about is basically assault and battery.

So if a person commits A&B on their spouse, boyfriend, girlfriend, even someone they had sex with or went on a date, that would be a form of Domestic Assualt & Battery. The same would apply to a person who commits the same act against a member of their household, whether a mother, father, step-sibling, etc.

A person in Oklahoma that has a domestic violence charge on their record will have issues protecting their gun rights. This includes buying and purchasing, as well as simply possessing.

The reason is primarily because of federal law. While Oklahoma does not have a specific statute prohibiting possession of a firearm by those convicted of domestic violence crimes, the feds do.

So if you have a conviction for misdemeanor domestic abuse or domestic A&B, or if you had a VPO or domestic restraining order entered against you, your firearm rights are restricted by federal law.

How you gun rights are realistically affected by these federal restrictions

So if you have domestic abuse charges on your record, you cannot possess a firearm according to federal law.

Now, this does not mean that Oklahoma law enforcement officers will arrest you for this offense, although they can. State officers can arrest and detain persons for federal crimes and then hand you over to the feds for federal prosecution. However, you would first need to have an encounter with state officers, such as a traffic stop or some other event. It is unlikely that state law enforcement would be independently investigating Oklahoma citizens for violating federal law, but they certainly could if they wanted to.

Hire an Expungement lawyer to seal your Domestic Violence record

The good news is that you can expunge domestic violence charges, so long as they are misdemeanor crimes.

By expunging your domestic violence record, you earn the right to deny it ever happened. You also prevent other parties from being able to look up and access this record.

We always recommend expunging a record when that is an option. If you have a record of a crime in the past and it qualifies for expungement, you should seize the opportunity; the law may change in the future. Always claim that right to maintain and maximize your privacy.

In addition, not all government computer systems are equal or up to date. Often, by expunging a record, it gets hidden even when it’s not suppose to. And to undo an expungement requires court intervention.

How expungement can help protect your firearm rights in Oklahoma

In Oklahoma, a misdemeanor conviction for domestic abuse should not affect your gun rights, as previously stated, since Oklahoma does not have a specific statute like the feds. However, that doesn’t mean the local gun shop or shooting range won’t give you trouble. They are private entities and you would not be the first to encounter issues even though you are legally in the right.

Now when dealing with the feds, you will be in violation of federal law, even though chances of prosecution is much less likely. Expungement can sometimes help, especially when expunging a very old crime that may not have been on the radar of the feds to begin with.

However, when it comes to fully, legally restoring gun rights after they have been taken away, the only way to properly do so is with a pardon.

In this case, a person convicted of domestic abuse in Oklahoma would not need a pardon to restore gun rights under state law. But such person would need a pardon to obtain maximum protection from federal prosecution.

We handle hundreds of expungements every year. We are happy to help you with yours, as well as help you obtain a pardon from the governor. You can complete this form online or call/text our office at 405-701-6016.