Dealing with a Hit and Run Car Accident 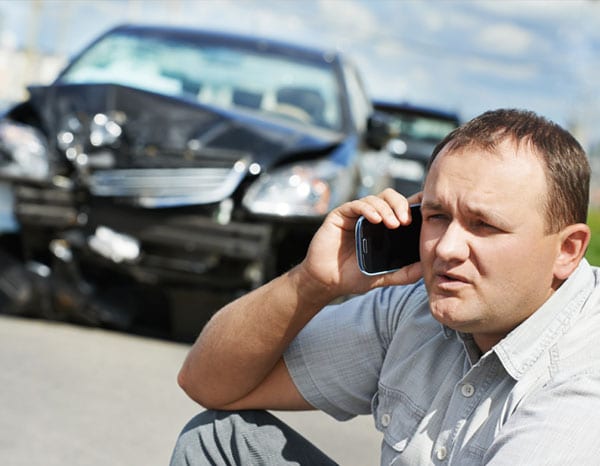 How angry are you when someone hits your car and drives off?!

One of the more frustrating type of motor-vehicle accidents is when one driver just takes off, and leaves the scene. All the other parties are left to deal with wreck. But the driver who caused the wreck refused to take responsibility and fled the scene.

What do you do now? What are you remedies?

In this blog post, I’ll cover all the basics about a hit and run car accident in Oklahoma.

First, you should follow the same basic rules as any other car accident. Call the police and document the accident. Also document that one driver has fled. Give the best description possible of the other vehicle and the person driving it. This will help you establish that the driver indeed fled the scene. Otherwise, the driver could dispute this fact with his insurance company. And if you don’t have proof, the insurance company for the bad driver will accept the lie as truth.

Below is a list of your rights and what you can do if another driver damages your vehicle and flees the scene.

If you have uninsured motorist coverage, you can file a claim with your own insurance policy to recover damage caused by the other vehicle, including compensation for property damage as well personal injury. With UM coverage, your insurance company has a duty to pay for all of your damages, regardless of whether the hit & run driver is ever caught or identified.

Filing a claim with the hit & run driver’s insurance policy

If you know of the identity of the driver who fled, you may sue that driver and/or make a claim with his/her insurance.Because they fled the scene, they are liable for additional damages.

In Oklahoma, a person who fled the scene of an accident is liable for three times the actual damage caused! That means you can recover expenses for the damage caused – repair to the vehicle, medical expenses, etc – plus additional damages just as punishment to the driver for leaving the scene.

But good luck getting his or her insurance company to pay you that figure. The Insurance Co. will likely make some excuse for why they shouldn’t have to pay that triple figure. You will likely have to file a lawsuit in order to get triple damages. But persistence wins.

Hit & Run on an Unattended Vehicle

In Oklahoma, there is a legal debate as to whether the triple damages rule applies when the driver leaves the scene of an unattended vehicle. For example, say a driver hits a vehicle that is parked and empty. Oklahoma law requires that the person leave a note with his name and insurance information. The duty to exchange insurance information applies even if the other person is nowhere to be found.

The driver who caused the damage still has a duty to leave his contact information. If the driver doesn’t, is that considered a hit & run that qualifies for triple damages? There are many lawyers who believe this scenario does not entitle the victim to triple damages that would be available if the driver hit a vehicle with a person inside of it and then drove off. But there is actually no case law in Oklahoma on this question, so lower courts are free to decide inconsistently until the appellate courts rule on this issue.

Criminal Penalties for leaving the scene of a car accident

In Oklahoma, person who leaves the scene of a car accident is guilty of either a misdemeanor or a felony, depending on whether anyone was injured in the collision.

When the vehicle is unattended, the driver who strikes the vehicle must leave his contact information with the unattended vehicle or else he is also guilty of a misdemeanor.