How VPO or restraining orders affect gun rights in Oklahoma 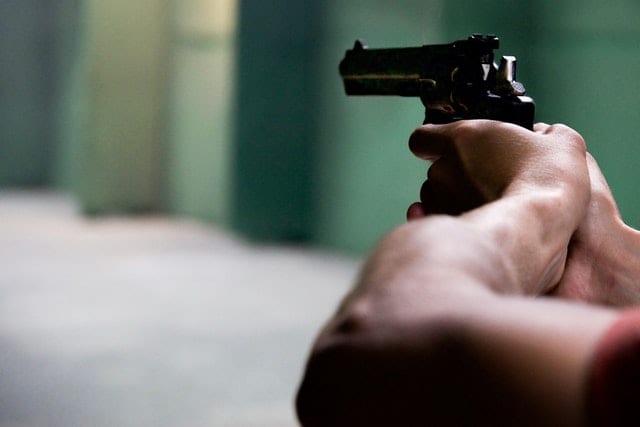 This article continues our series on how having a criminal record can affect your ability to get a handgun permit in Oklahoma.

In our first article, we discussed how having a felony conviction completely bars a person’s right to not only get a concealed carry or open carry permit, but to even be in possession or live in a household with guns. Yes, convicted felons have been completely stripped of their rights to own or possess firearms, and to do so is a felony crime in itself. This has historically been a problem for people convicted of felony crimes until very recently. In an upcoming series of articles, I will explain how the law is changing in that area.

In our second article, we explained that even having a misdemeanor criminal record can affect your gun rights in Oklahoma. It’s not illegal to own or possess a firearm if you’ve been convicted of a misdemeanor, but it can substantially interefere with your ability to get a handgun permit from OSBI.

The Oklahoma State Bureau of Investigation (OSBI) is the state agency that issues handgun permits to the public under the Oklahoma Self Defense Act. (Formerly called “concealed carry permits,” the law has changed to allow open carrying of firearms, as well, and now OSBI simply refers to these as Self-Defense Act permits.

In this article, I will discuss how Victim Protective Orders can affect not only your ability to obtain an SDA handgun permit in Oklahoma but also just to own and possess firearms generally in the United States.

What is a Victim Protective Order?

Oklahoma law refers to domestic restraining orders as Victim Protective Orders. A VPO is a court order that restricts contact between two people who were formerly in a domestic relationship (married or unmarried).

A VPO can be permanent or temporary. If temporary, the judge will dismiss the VPO after a certain period of time unless the victim shows evidence that it should continue to be in effect. Many times, a person in a domestic relationship may frivolously file a VPO after a bad break-up or a heated emotional argument. If there is no prove of danger, the court will dismiss the VPO. And many times, VPO’s are dismissed because the person who filed the VPO never even shows up to Court. Unfortunately, the public records will still show the VPO was filed and anyone can read the juicy allegations, no matter how factually untrue.

Thankfully, Oklahoma law allows a person to expunge VPO’s off of their record, so that the public will never know and so that the person live as if it never happened.There are many reasons why you would want to expunge a Victim Protective Order in Oklahoma, but this article will focus on restoring your gun rights.

The big problem with having a protective order on your record is that there are consequences under both State andFederal law.

Under Federal Law, a person who is subject to a Victim Protective Order cannot possess a firearm at all. It is completely illegal, and similar to the federal crime of being a “felon in possession,” except you don’t have to be a convicted felon to be guilty.

Under Oklahoma state law, a person with a VPO cannot get a handgun permit from OSBI. There are exceptions if the VPO was dismissed. But there are still many problems with this. For those who went to court in the 1990’s, those VPO’s are considered permanent under the old laws that were in effect at the time. And even today, the OSBI has discretion on issuing handgun permits.

The best solution is to expunge the VPO off of your record. By expunging the VPO, you do not have to answer any questions. You do not have to explain the situation of your divorce twenty years ago to a group of strangers who work for the government. Best of all, you protect yourself from federal prosecution, as well.

Knowing all of this, why would you not expunge your domestic VPO records?

Imagine having to explain the circumstances of an old VPO to a law enforcement office during any type of encounter. Having a VPO on your record means you carry the profile of a person once accused of threatening, harassing, intimidating, or harming a person you were once in a romantic relationship.

Regardless of how frivolous the allegations once were, no one, especially law enforcement or government agencies, will assume anything other than you are a person who was once accused of domestic abuse.

To expunge your VPO, simply fill out this form or call us at (405) 701-6016 to get started immediately on clearing your name, your reputation, and all public records.