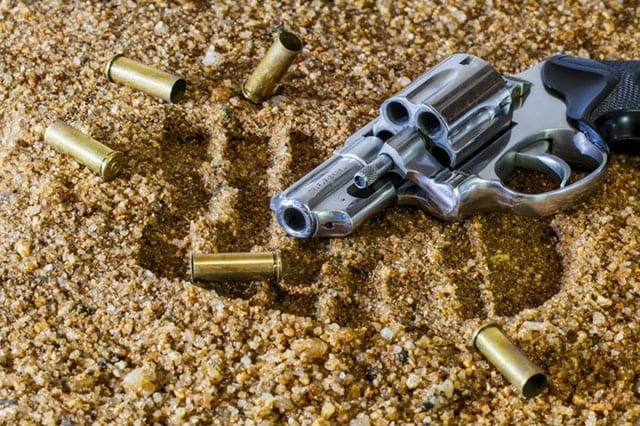 This article continues our discussion on gun rights in Oklahoma and how your right to own, carry, conceal or transport a firearm can be affected by certain criminal convictions.

Most people are aware of the fact that convicted felons cannot own or possess firearms. The citizen who has been convicted of a felony has been stripped of their right to bear arms.

However, misdemeanor crimes can affect your gun rights, as well. While a misdemeanor conviction does not completely strip you of your right to own or possess a firearm, there are consequences, which this article will address.

Your cannot get an Oklahoma Handgun License (Conceal Carry or Open Carry) if you have certain misdemeanor charges, arrests, or convictions on your record, including:

It’s understandable why we have pubic policy barring such individuals who have most of these charges, especially the ones that involve physical violence. Such convictions would be good evidence that a person does not have the character, fitness, and temperament to handle themselves appropriately when carrying  a firearm and encountering a confrontation scenario.

However, it’s hard to imagine how a person could be convicted of an Assault and Battery charge that seriously injured the victim and it was still classified as a misdemeanor. Usually, those types of facts would lead to a felony charge.

But knowing how imperfect the justice system is, especially in domestic situations, there are many instances where a man and woman could be in a verbal conflict and someone calls the police, the police make an arrest, and the person pays a fine to get out of jail. Later, they realize that paying a fine meant they received a conviction that banned them from getting a handgun license.

Then, of course, you have the preclusion for having a misdemeanor drug conviction, such as marijuana. Does the fact that you were once convicted of possessing marijuana mean you should be unable to carry a firearm and protect yourself? I do not think that is good policy.

How to get a handgun license in Oklahoma with Misdemeanor Convictions

So you want to get a handgun license so that you may openly carry, or carry in a concealed manner, yet you have one of the above-listed convictions on your record. What can you do? Will you have to just remain unarmed?

No! There are solutions, and the best way is to contact an expungement lawyer. The types of charges listed above are eligible for expungement.

By getting an expungement, you can legally deny the arrest/charge/conviction ever happened. That includes legally denying it on you application to OSBI for a concealed/open carry permit under the Self Defense Act.

There are many other benefits to expungement, as well. Imagine having a completely clean record when you go to the gun store. Or when you register at a new shooting range.

What if you were only arrested, but not convicted, of these misdemeanor charges?

You should still get an expungement anyway. It will speed up the process of your application, remove any doubt in the mind of the government agents who review and approve these licenses, and remove any inconvenience during fire arm purchases at retailers.

Further, the less charges that show up on your record, the less explaining you have to do when you are pulled over and have fire arms in your vehicle. Firearms during traffic stops puts most officers on alert to be very cautious and thorough. Having a clean record assures the officer that you are not a threat and will speed up the transaction. It is a win for both parties.

How to expunge your record in order to get an Oklahoma Handgun License?

Just complete this form and we will get in contact with you immediately.