If You want a lot of Money, You Need a Lawyer 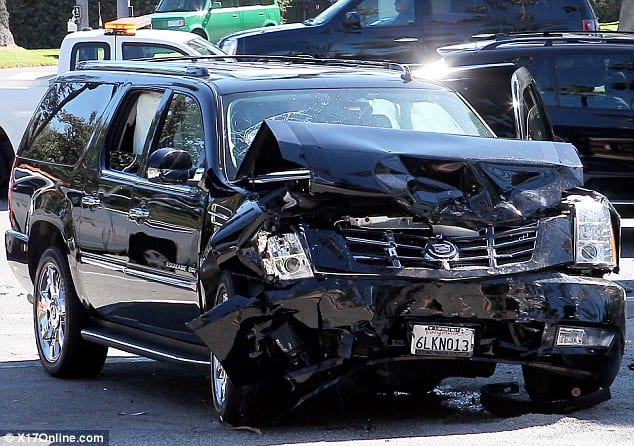 This is the final article in this series on “Do I need a Lawyer to Settle my Car Accident claim?” In this post we will be discussing cases that involve large amounts of damages. When I say high-damage cases, I mean cases that involve a lot of money. Without further ado, let’s get to it.

If Your Case involves a lot of Money, You must get a Lawyer if you want to recover the maximum amount of damages in Oklahoma

Similarly to cases involving serious injuries and/or death, cases where a lot of money is at stake tend to be contested by the insurance company. The reason is obvious: Insurance is on the hook for paying out a lot of money, and they are looking for any reason to deny the claim. There are many reasons insurance can assert for denying the claim. One could be liability (arguing that the evidence is unclear as to which driver is at fault). If the facts surrounding the cause of the motor-vehicle accident are not clear (or not clear to the insurance adjuster), then they have a reason to deny the claim.

As stated in the last post, an adjuster is looking for anything to hang his hat on so as to avoid paying, and any technicality will do. When a lot of money is at stake, the adjuster is really, really looking for something. Which is why people often have a very hard time settling their car accident claim in high damage cases, even when there is a large policy available to satisfy the damages.

When a lot of money is at stake, the insurance company will look for even the slightest detail that can give rise to a legal defense. If it can be raised in court, count on the insurance company to pay its lawyers to argue it. Because if they can win on a technicality and avoid paying the claim, they will spend money on lawyers to do so. Some insurance adjusters take the position that playing hard ball – refusing to pay valid claims unless a lawsuit is filed and taken to trial – discourages future lawsuits. Many Insurance companies intentionally fight car accident claims hoping the person will give up.

Sometimes Insurance won’t even pay for property damage if the cost of the property is higher than average.

When a lot of money is on the line, Insurance Companies are more likely to fight the case, whether it involves serious personal injuries or simply damage to your car. Property damage cases are supposed to settle quickly and without the need for a lawyer. The reason property damage claims should easily settle is because vehicle values are usually easy to obtain.

There are a variety of sources that list motor vehicle values, and while they may differ slightly, they are usually within a similar range. And finally, sometimes the small amount of money at issue is just not worth arguing about and the insurance company will just pay it. But give them a reason to argue about it and they will. What’s the best reason to argue against (and therefore deny) paying a claim? Money!

The more money you want for your vehicle in Oklahoma, the more likely the insurance company will try to avoid paying you.

I recently undertook a case involving damage to my client’s classic hot rod, 1956 Ford truck, that had been fully restored, and modified with upgraded suspension. He tried to work it out on his own, even allowing the insurance company to come on his property to inspect and appraise the damaged vehicle. The problem is that the insurance company valued his classic hot rod as if it was a piece of junk. They offered barely a couple grand for total loss value. That means he would have to give them the title and the vehicle in exchange for the money. NO THANKS! Fortunately, he came to me so he could get real compensation for his truck. But until he spent months on his own trying to settle it.

Experience shows that in Oklahoma, if you want to get the most money for your car accident claim, you must hire a lawyer.

The reason I tell this story (with my client’s permission, of course) is because it demonstrates how hard an insurance company will fight to avoid paying a claim, even a simple truck damage claim. And the only reason the insurance company fought the claim is because the client was asking for a lot of money (and rightfully so).

The Insurance Company knew the client was powerless to make them pay, so they kept giving him the run around. When I got involved, the first thing I did was hire an expert to appraise the vehicle. I then made one attempt to negotiate with the insurance adjuster, after forwarding a copy of my expert’s appraisal report. When they still refused to pay a reasonable amount, I filed a lawsuit. I do not have time to haggle with adjusters who don’t know what they’re talking about, which is why I make only one attempt to settle with adjusters before suing and taking the case to court.

Take Action Now. Hire a lawyer and maximize the amount of money you obtain for your car accident claim in Oklahoma.

If you have a car wreck case and you can’t get the insurance company to pay you, I encourage you to contact me and come in for a free consultation. My motor-vehicle damage lawsuits are always on a contingency basis:  We charge the client nothing unless we win and we finance all the litigation expenses!