Why money? Because its the only remedy 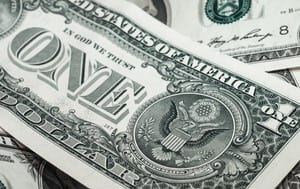 Here in the U.S., we follow the common law tradition inherited from our Anglo ancestors that allows regular people to bring their civil grievances to court. We call this the justice system.

Our courts hear grievances — or lawsuits — about how a person was wronged by another. At the conclusion, the person asks for a sum of money and the Court either grants or denies the request.

Legal Remedies 101: Money is the Only Solution

In a lawsuit, the only remedy is money. Money is the only solution the law provides to your legal problem. Therefore, the purpose of a lawsuit is to allow the Plaintiff to demonstrate that someone else caused a problem/injury/harm and to ultimately ask the judge or jury for a sum of money as a solution to that problem.

Damages refer to compensation one is entitled after demonstrating they have suffered some type of harm as a result of someone else’s actions.

In a personal injury action, a person is entitled to recover both special and general damages.

Special damages refer to specific categories of losses, such as medical expenses, lost wages, and loss of earning capacity, and are generally supported with documents or testimony which point to a specific numerical figure. Special damages usually have an exact dollar amount.

General damages, on the other hand, do not have an exact dollar figure. General damages may refer to the plaintiff’s general pain and anguish of dealing with the injury, and other items that don’t have a market value: loss of time, scars or disfigurement, and the physical condition before as to compared to after the incident.

In Oklahoma, juries render general verdicts; they do not itemize or breakdown their verdict. They render one lump sum and do not have to explain it to anyone; not the judge or the lawyers or even the appellate courts.

(There is another category of damages called punitive damages, which are in addition to general damages).

What is the purpose of allowing General Damages