If you want a nice apartment in Dallas, you need an Expungement 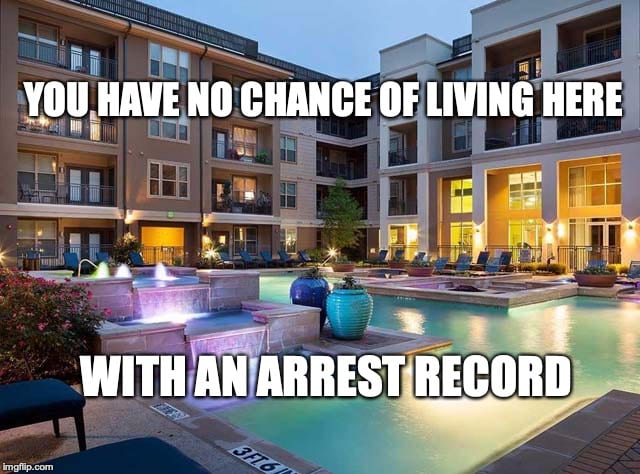 Many an Okie has moved down south to our neighboring state of Texas, lured away with the promise of higher salaries than those here in Oklahoma. Nothing wrong with that. In fact, more power to you. Follow the money. If the money is in Texas, then go to Texas! Or wherever that may be, be it Florida, Colorado, or elsewhere.

Many Oklahomans migrate to Texas for higher paying jobs.

I have a lot of clients who are in Texas. And there is a common thread running among all of them. You see, there is an interesting phenomenon taking place in Dallas and other major cities in Texas.  The real estate scene in the Dallas metro is extremely competitive and it is not a renter’s market. Quite the opposite. It is a tight rental market and the landlords have the edge. They can make all sorts of demands, such as charging high application fees just to apply to live in the apartment. In Oklahoma, a person might pay up to $35 to apply to live in an apartment. In Dallas, a $200 application fee is not uncommon.

As we have written about before, it is not uncommon for apartment complexes to run a background check. But in Oklahoma, there might be more variance how certain charges are treated. In Dallas, Denton, and other major cities in Texas, they are strict across the board.

Currently, in Dallas or Denton or any of those major cities, you will not be able to rent an apartment if you have had a misdemeanor within the last five years or a felony within the last seven. Doesn’t matter whether it was a conviction or a deferred sentence or dismissed. Even white-collar political authors have been banned from the nice apartments.  If you have charges on your record, innocent or guilty, they don’t want you living there.

Which means that many people are learning that finding a place to live in Dallas may be harder than landing that high paying job. That is, if you want to live somewhere decent, as several of my clients have put it.

Expunge your Oklahoma Arrest Record and you will pass a background check in Texas, and be able to rent a nice apartment

We regularly expunge Oklahoma records for people who are living in Dallas. They call us or they send us the intake form online. We get their information, run payment online, and get the process started. In a matter of weeks, we have expunged their Oklahoma record. And they never even had to step foot in Oklahoma for us to get it done.

If you have a criminal record in Oklahoma that is getting in the way of your life in another state, call us and we will take care of you. Whether you were arrested, charged with a misdemeanor, or have a felony conviction, call 405-701-6016 or send us an email to get a free consultation on the possibility of expunging your record.