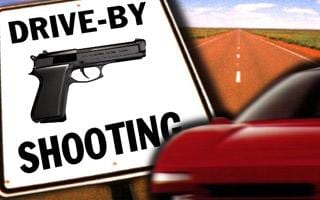 Watch the unbelievable true story of Bryan, who was caught in the cross fire of a gang shoot out while at local pub in Oklahoma City.

Bryan met up with his friends for a beer after a softball game. But on his way out, he took three bullets to the chest.

Bryan spent nearly a month in a coma. After waking he had hundreds of thousands in medical bills to the hospital and doctors. An amount he could never pay. And he was unable to work for a year after the shooting. No job, no income, hundreds of thousands in medical bills, and nothing but bullet holes on his chest. But after hiring Travis, he obtained compensation for his injuries, his lost income, and owes nothing to the hospital. Listen to him tell his amazing story.

As we explained in the last blog post, we’ve been successful in obtaining compensation for victims of violent crime while on business property. If you would like a free consultation to discuss your case involving a shooting or other violent attacks during your time as a customer at a business, call us at (405) 701-6016. Our consultations are free. If we take your case, we do not charge the client unless we win and we finance all the litigation expenses during the lawsuit.

In other words, we have what it takes to win, we share the risk, and you owe us nothing if we don’t win!