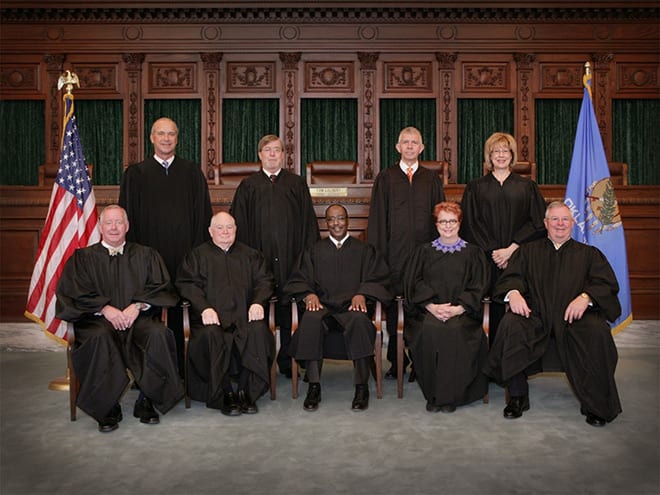 On June 7, 2016, the Oklahoma Supreme Court issued a ruling that helps plaintiffs in nursing home negligence cases. In this blog post, we will explain the ruling and what it means for residents of Oklahoma nursing homes.

In Maree v. Neuwirth, 2016 OK 62, the personal representative of the estate of Carla Sue Maree brought suit against Willow Park Health Center, a nursing home in Lawton, Oklahoma. This case arose after a resident died from a fall. The Plaintiff wanted to add shareholders of the Nursing Home corporation to the lawsuit and the trial judge refused. On appeal, the Supreme Court ruled that the trial judge was wrong and reversed the decision.

The plaintiff asserted that the resident died because of the Nursing Home’s failure to timely respond to a call light, failure to provide appropriate toileting and assistance, and failed to contact a physician for at least seven hours after a fall. However, two years into the lawsuit, the plaintiff sought to add additional defendants to the suit.

The plaintiff wanted to add individual shareholders to the lawsuit, because, as she alleged, they directly participated in the daily activities and operations of the Nursing Home, and made important decisions regarding staff, budgeting, hiring, and safety procedures. Plaintiff alleged that because these shareholders directly participated in the management and control of the operations that led to the death of the resident, they should bear personal liability. Therefore, plaintiff moved to add these parties to the suit.

It is worth noting that the Plaintiff had not actually proved that the shareholders were liable; instead the Plaintiff was just asking the trial court to allow these parties to be added to the suit, and then later would have to prove they were liable and not entitled to corporate protection.

At the hearing on the Plaintiff’s motion to amend, the trial court refused to add the new parties to the suit. The trial judge found that the conduct of the shareholders were not directly related to the death, and therefore the nursing home’s operators should not be personally liable. The Plaintiff’s appealed.

The Supreme Court ruled that prematurely disallowing the shareholders was not proper.

Why did the Supreme Court reverse the decision not to allow adding the Nursing Home Shareholders to the lawsuit?

The law in Oklahoma provides that litigants should be free to add additional parties to a lawsuit if justice so requires. This doesn’t mean the plaintiffs automatically win or that the new parties automatically lose.

The reason for this policy is it allows citizens to use the judicial system to investigate claims as opposed to having all of the evidence ahead of time, which is usually impossible to do.

In Oklahoma, Victims are allowed to sue the wrongdoer first, then gather the evidence. Here is why:

If you have a lawsuit against a nursing home or hospital, the evidence you may need to prove your case may be in the hands of the defendant! For instance, the hospital may have records that prove your case. But you will not be able to get those records without a subpoena. You cannot issue a subpoena until you have filed suit. Suit must be pending before you have legal discovery powers. Therefore, to disallow parties to be added to a suit will prevent a victim of hospital negligence from the ability to get the evidence to prove the case!

Further, by filing a lawsuit, it necessarily imposes a duty on all parties to prevent destruction of evidence. Without a pending suit, the hospital or nursing home may destroy the records or paperwork.

What does this ruling mean for the people of Oklahoma?

The Supreme Court of Oklahoma has made clear that lawsuits should not be dismissed prematurely, and that litigants should have an opportunity to utilize the discovery code to develop facts and evidence in support of their claims. If plaintiffs cannot develop such evidence, then the proper method of resolving the case is through summary judgment, after evidence has been presented.

Similarly, if a plaintiff asserts that justice requires adding additional parties to the case, the plaintiff should be permitted to add the additional parties. The trial court should not make a ruling as to the new parties liability until they have been added and evidence presented.

Travis Charles Smith represents families and residents of Oklahoma nursing homes when they have claims of wrongdoing against the facilities. If you would like to discuss your case, or schedule a free consultation, call (405) 701-6016 or send us an email.