What are the penalties for marijuana possession in Oklahoma? 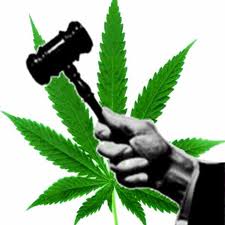 Marijuana is legal for medical use in Oklahoma. That means patients with a valid prescription from their doctor can possess cannabis, and even grow their own.

But for everyone else, simply possessing marijuana is illegal. I know. It’s hard to believe that’s still the law, but hopefully that will be changing soon.

Distribution of marijuana is a regulated commercial activity which requires a commercial state license as well as local compliance with zoning, code enforcement, etc.  If you are not licensed, then it is a felony.

This article is for the vast majority of people in Oklahoma who smoke marijuana. You don’t sell it; you’re not a patient; you’re just a person who uses cannabis. You have, for the most part, laid low and never been caught. Now you find yourself in this terrible situation of actually facing a criminal penalty for smoking weed.

It is okay. I want to give you come comfort at this very moment and let you know, it is not the end of the world, and if you follow my advice, this will all go away very soon and it will be as if it never happened. Are you ready? Okay, follow along with me.

Penalties for Marijuana Possession in Oklahoma

First you need to know what the penalties are for having marijuana in your possession (and getting caught!).

Mere possession (as opposed to selling) of anytype of drug in Oklahoma is now a misdemeanor thanks to the 2016 ballot initiative SQ780. Prior to this, possessing certain drugs, such as cocaine and methamphetamine, was a felony.

But under current state statutes, the penalty for marijuana possession still has a max of one year in jail and up to a $1,000 fine.

In Oklahoma City, the maximum penalty for marijuana possession is a $400 fine. Officers in OKC should be writing tickets to people caught with weed. But in other cities, they have options to arrest, which requires that you then post bond to be released.

Once released, you will have a court date in which you must appear or else a new warrant will be issued for your arrest. Eventually, you will reach a point where it is time to wrap your case up, either in pleading guilty and accepting the punishment, or going to trial.

Most Common Penalties in Marijuana Possession Cases in Oklahoma

The most common sentences for people with marijuana possession are either deferred sentence probation or a fine only. Both outcomes the defendant must pay court costs.

A deferred sentence is where the judge “defers” or delays officially sentencing you, and puts on you probation instead. If you behave well, then at the conclusion of your probation, the judge will then sentence you; and the sentence will be dismissal of the case.

As I’ve written about before, we can expunge your marijuana case one year after the deferred sentence ends.

If you get a fine, it will depend on whether the fine is over or under $501. IF your fine is $500 or less, then we can expunge your case immediately! If your fine was over $500, then you will have to wait five years to expunge your case.

What is the best plea bargain for a marijuana case in Oklahoma City?

So now that you know the penalties, which is better choice: deferred sentence or a fine under $501?

In my opinion, you should represent yourself, pay a fine of $500 or less, and then hire an my office to expunge your record.

The benefit of a deferred sentence is that you get the case dismissed. A fine is considered a conviction. But if you get the conviction expunged, what does it matter? It does not.

You see, it used to be that you need a deferred sentence in order to qualify for an expungement quicker. Back in the day, you had to wait 10 years to expunge misdemeanor convictions. But that is no longer the law. Under the new laws, if you pay a fine of $500 or less and you can file for expungement the very next day!

Deferred sentence = case is dismissed after probation is complete, and can be expunged one year after dismissal.

Fine of $500 or less = can be expunged immediately.

In the next article, I will explain how you can represent yourself in court over your marijuana charge.