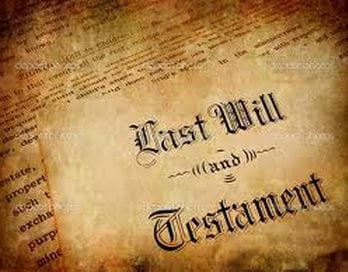 In Oklahoma, survivors of the deceased may bring any action the deceased could have brought if he would alive. This is in addition to wrongful death actions.

For example, actions for personal injuries survive. If a woman suffered personal injuries prior to her death, and those injuries were caused by the wrongful act by another, the survivors can bring an action to collect damages for the deceased’s injuries. This is separate from a wrongful death suit, because the suit is for the injuries, not the death. The injuries do not have to be related to or the cause of the death. The applicable statute of limitations still remains, however. So the action should be brought within the time period (usually 2 years) of the injuries, regardless of when the death occurred.

A survival action is an action brought by the heirs or the estate of a deceased person over harm that was done against the decedent. Survival actions are so called because they “survive” the death of the person who could have brought the suit originally.

These claims are also referred to as “derivative” actions, since they derive from a claim the decedent would have had prior to death.

Examples of lawsuits that survive the death of the plaintiff include actions for mesne profits, personal injury, damage to personal property and real estate, and actions for deceit and fraud. Title 12, Okla. Stat. Section 1051.

Some states treat wrongful death actions as derivative of the decedent’s claims. In Oklahoma, however, a wrongful death lawsuit is not derivative but a wholly separate action for the purpose of compensating the deceased’s spouse and next of kin. Boler v. Security Health Care, L.L.C., 2014 OK 80, 336 P.3d 468.

What claims do not survive?

Just as some claims survive the death of a party, other claims are “abated,” or terminate upon death of the original claimant. Actions for libel, slander, or malicious prosecution all cease once the plaintiff dies. Title 12, Okla. Stat. Section 1052.

If you have questions about whether a claim exists or can be brought in Oklahoma, call (405) 701-6016 to speak to Travis Charles Smith about your case.