The difference between Municipal Courts and District Courts in Oklahoma 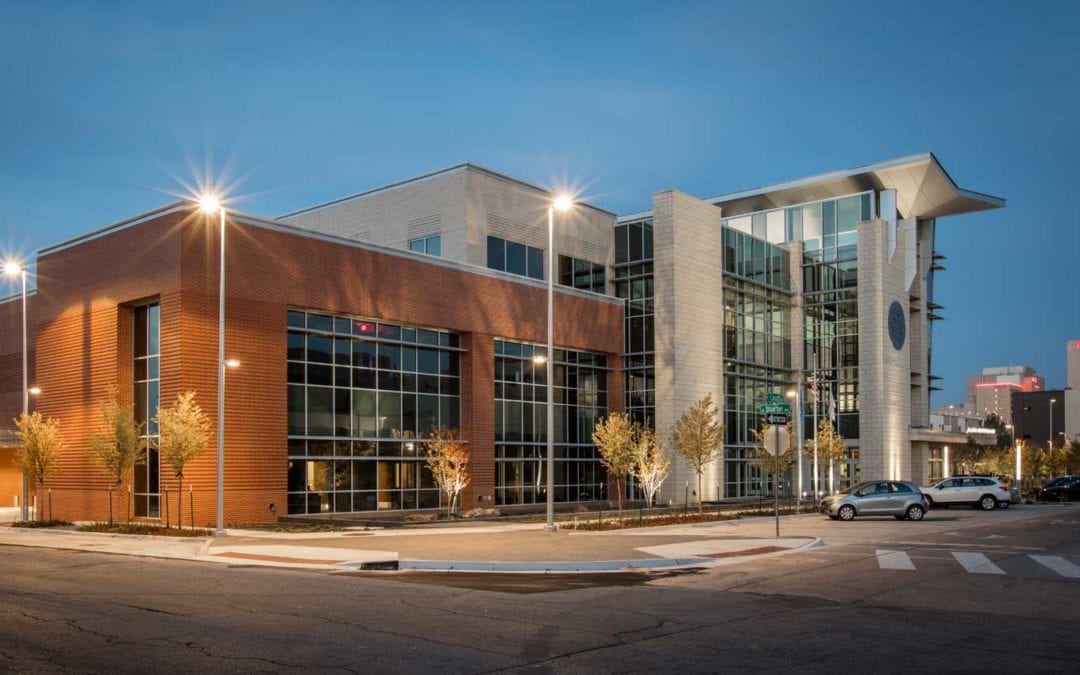 This is our next post in our series on Municipal Court expungements in Oklahoma. In this article, we will look at the differences between the two types of courts in Oklahoma: Municipal and District Courts.

If you’ve ever been inside a municipal courtroom, you must have wondered whether it was a real court of law.  The answer is “it’s real”.  What’s the difference between a local city court and a state district court?  Here’s a primer.

City courts do not hear civil complaints and grievances by private persons.  Civil claims, big or small, must be filed and heard in district court, usually located in the county seat.  City courts exist for the sole purpose of providing a hearing to persons charged with violating a city ordinance so that they can afterwards imposing their penalty, usually a fine ($), while still passing constitutional muster.

Municipal Courts are authorized by state statutes to impose fines and incarceration of not more than 6 months in the county jail. This is significant for several types of crimes.  A defendant charged with crimes such as DUI or marijuana possession has a better chance of obtaining a shorter probation sentence than in district court, because the max penalty is always much less in municipal courts.

Even when it comes to probation, the max probation sentence for municipal court is six months. So if you get charged with possession of marijuana in Municipal Court, your probation sentence will only be six months, max. It could be less. This is why I have previously written about how you can represent yourself in court. If the charge is in city court, you really don’t need a lawyer if you prepare properly. As I wrote previously, your money is better put towards the expungement, as it is pretty hard to screw up bad enough in Municipal Court. You are basically guaranteed to get an outcome that is eligible for expungement.

Municipal Courts are sources of income for municipalities in Oklahoma.

Though municipal courts in Oklahoma can sentence a defendant up to six months in a county jail, and they often do, their sole existence is to collect revenue for the city budget.  Depending on location, they may be cognizant of local attitudes and work with the community on handling violations in less penal ways. Oklahoma City routinely enforces its ordinances relating to trash and other rubbish in residential yards; it also enforces its ordinances relating to signage and permits.  Violators are notified and summoned to the environmental docket.  However, the City often recommends delay of the proceedings to allow the Defendant to clean up or remove the unauthorized sign.  This is great because it allows members of the community a second chance to correct violations of local law without incurring monetary fines or a record of criminal conviction (even if for a fine-only municipal misdemeanor).

But notwithstanding equitable solutions to minor infractions, the City Court’s job is to bring in revenue through imposition of fines and court costs for violations of minor misdemeanors.  City Court ain’t breaking up criminal cartels, or prosecuting violent offenders; instead, the county’s citizens rely on the district attorney for true crime enforcement.

This one is huge.  In Oklahoma, there are only two municipal courts of record, and they are located in Oklahoma City and Tulsa.  Every other municipal court in the State of Oklahoma is a court not-of-record. What does that mean, and why is it significant?

Think about it. There’s no record taken during the proceedings.  The records will only show the charging information and whether a plea, conviction, dismissal, or not-guilty was the outcome.  No record of what evidence or testimony was supplied in support of the charge.  No record for appeal.  Therefore, this is not the type of place where you want to file a Motion to Suppress or Motion to Quash, or really any type of litigation at all.

In Municipal Court, the Judge can overrule you and then you have no record to appeal, no proof of the Judge’s erroneous decision, and therefore nothing for the appellate court to review (appellate courts make their decisions by reviewing the evidence submitted to the trial court to determine whether the trial judge’s decision was appropriate or an “abuse of discretion.” But if the appellate court has nothing to review, they will be forced to affirm every time).

Bottom Line: Municipal Court is a good place to make a deal, but not a good forum to fight the charges if you are truly innocent.

If you’re facing charges in one of Oklahoma’s municipal courts, we have a good probability of getting you probation and setting up the case to be expunged soon after.  However, if your case is one that needs to be battled, a municipal court not-of-record is not the proper forum to fight that battle.  In that situation, you should remove your case to district court. The exception would be if your charges are filed in a municipal court of record, such as Oklahoma City Municipal Court.

Use your Municipal Court charge as an opportunity to set up for an immediate expungement, and be grateful your case was not in District Court. In the next article, we will dive into the details on how to set your case up for expungement.