The Law of Torts 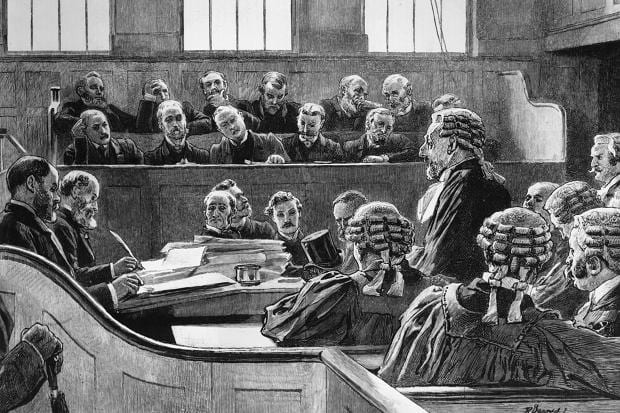 A tort is a civil wrong, committed by one person (the tortfeasor) as against another (the victim).  Throughout American and English history, a victim of a tort had a legal cause of action for damages against the wrongdoer. Tort law is the private individual’s means of rectifying the wrongdoing of another, while Criminal law is the public’s means of protecting itself and achieving justice for the wrongful acts of wrongdoers.  Our legal system provides very different remedies in these two areas of law.

Common examples of torts in everyday life in Oklahoma

Torts include punching someone in the face without just cause; driving an automobile in a negligent manner so as to cause harm to others; and commercially distributing a harmful, defective product.  There are three broad categories of tort law: the intentional torts, negligence, and strict liability, all of which were represented in the above examples.

As stated, a plaintiff generally seeks to recover damages from the defendant. If successful, the court will enter judgment for the plaintiff and order the defendant to pay a certain amount of damages.

How are damages calculated?

Sometimes a court will award nominal damages – “a token amount awarded simply to commemorate the plaintiff’s vindication.”[1]  These are typically awarded for intentional torts that do not cause substantial, actual harm, but where the plaintiff was able to prove the defendant intentionally committed some tort, and thus the court finds in favor of the plaintiff, as against the losing defendant.  Nominal damages are more common in civil rights cases and those alleging constitutional violations against the government.  In such cases, a citizen may not have suffered actual, monetary damages from a violation of their constitutional right, but nevertheless were wronged by the government and deserve recognition and compensation.

Compensatory damages are awarded to compensate the plaintiff for actual loss in value.  In a personal injury case [2], this could be for the cost of past, present, and future medical expenses. Economic damages, such as lost income and reduced future earning capacity, are also recoverable.  Noneconomic damages are awarded to compensate one’s pain and suffering, as well as mental anguish past, present, and future.

In a wrongful death case, the plaintiff is an immediate relative or representative of a deceased victim. Economic damages will include the victim’s funeral and burial costs. The biggest amount recoverable in a wrongful death action is generally represented by the decedent’s total loss of future earning capacity.

When a defendant’s conduct is particularly outrageous, the court may award punitive damages.  As the name implies, punitive damages are awarded to the plaintiff as punishment to the defendant.

When a person has suffered damage at the hands of another, that person should seek the attention and advice of a lawyer.  The lawyer will advise the client as to the availability of any causes of action (i.e. legal basis for a lawsuit); and discuss potential damages available.

I am happy to speak with any person who I may be able to help.  Please, feel free to give me a call on the number listed above.  We can speak over the phone, or you schedule an appointment.

[2] The term “personal injury” simply refers to an injury suffered to one’s “person” or body.