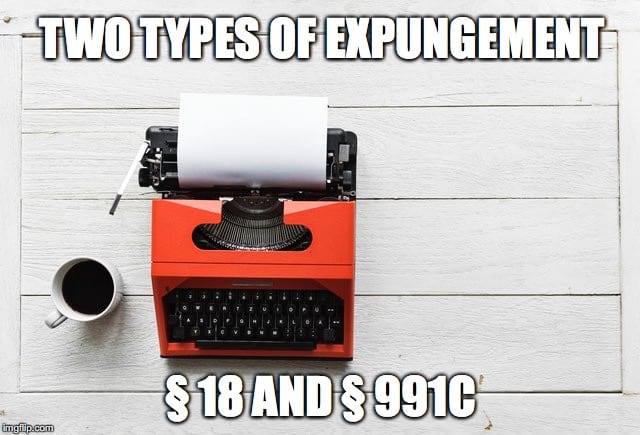 What is a full expungement of criminal records in Oklahoma?

A full expungement of criminal records is a process where the Judge orders that all court clerks and law enforcement agencies completely seal a person’s criminal record shut. This process is authorized by law in Title 22, Sections 18 and 19 of Oklahoma Statutes, and is sometimes referred to as a “section 18 expungement.” When I use the term Expungement on my website; I am referring to the real deal, full expungement.

The effect of a full Expungement is that all records related to the crime are completely sealed shut. This includes:

Best of all, you can legally deny it ever happened. Essentially, you are innocent, were never charged, never arrested, and cannot be discriminated because of it.

Dismissal and Partial-Expungement under Section 991C

If you were found guilty of a felony or misdemeanor, but were given a deferred sentence, that is good news. Because eventually we can expunge your case!

The benefit of a deferred sentence is that the judge did not convict you; instead he simply delayed your sentencing and put you on probation. Once your probation is complete, the Judge dismisses the case.

The problem is that your arrest and charges will still be found in public records and on a background check. You will not be eligible for a full expungement until one year after probation was complete (if it was a misdemeanor) or five years if it was a felony.

The benefits of a 991c Expungement:

With a 991c Expungement, you cannot legally deny the charge, but you can state that you were not convicted and the case was dismissed. So you may still have to do some explaining.

To recap, if you received a deferred sentence for a misdemeanor, you are eligible a 991c expungement the day your probation is over, and a full expungement one year after that.

If you received a deferred sentence for a Felony, you are eligible a 991c expungement the day your probation is over, and a full expungement five years after that.

If you have any questions at all, send me an email.