What to do about high Medical Bills after a Car Accident

So you were recently involved in an automobile collision. You came out feeling banged up and so you went to the emergency room. But the emergency room turns you away, telling you they do not treat “car accident patients” and they hand you a card for special type of clinic that treats car accident victims and patients. Being the completely normal, non-medical-expert-layperson that you are, you take this advice and go to the clinic referred by the ER.

At this car accident treatment center, you are told that you have suffered various soft tissue wounds and are prescribed a weekly treatment plan that involves repeated visits to the clinic for various soft tissue work. You follow the plan and regularly come to the clinic over a period of weeks, say 5 or 8 or even 12 weeks. You are eventually told your treatment is over and you are discharged. Then you get the bill. And it’s probably the first time you’ve ever seen the bill, even though you’ve been going to the clinic for months. And it is not a small bill.

You are shocked when you receive this bill. It’s five figures and it seems very, very expensive, certainly more than what you can pay. And now you’re confused. Because when you went to the clinic, you were told that you wouldn’t have to pay, that the clinic would send the bill to the other party’s insurance carrier. In fact, that is probably the reason you went to this car accident treatment clinic in the first place.

Regardless of what the clinic initially tells you, you, as the patient, are responsible for paying for the treatment.

Ultimately, it is you who is responsible for the bill. If you received the services, you are liable for the bill. Now, there may be another party who is liable to you, and who should indemnify you for the medical bills. If another person caused your injury — because they caused the car wreck — they are liable to you for the damages resulting from that injury. But when you go to a doctor and receive care, you are liable to the doctor. This is why you should immediately seek out a car accident lawyer to pursue your claim against the person who caused the accident, so that you will have money to pay off your medical bills. Do not expect the doctor or clinic to pursue that claim for you. 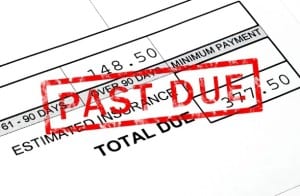 So do not be led astray into thinking that you won’t have to pay this doctor or this car accident clinic for this treatment, because when you entered that clinic and asked for help, you are engaging in a contract for medical services. Unfortunately, most clinics don’t really explain this, and that’s where the confusion lies.

So how do you get insurance to pay for the medical bills? You must file a claim and convince them that the other driver is at fault.

You first have to file a claim with the other party’s insurance carrier. Hopefully, you obtained a police report and the other party’s insurance information after the accident. With that information, you call the insurance company, identify the policy-holder (the party that caused the accident), and explain you are filing a claim. Thereafter, you will need to specify the amount of the claim and they will ask for evidence backing up the claim, such as documentation and medical bills.

However, the insurance company may dispute the bill, the necessity of the treatment, whether you were “over treated” or the price of the treatment. This is where having a car accident attorney can help. However, if the medical bills are highly inflated and large when compared to the nature of the collision or the extent of the wreck, even having a lawyer threatening suit may not entice the insurance company to pay. In that scenario, the only option is to get the healthcare provider to reduce the bills.

A good lawyer will not waste time with insurance adjusters, but will instead file a lawsuit and push the case to trial.

If you want the driver who caused the wreck (or his insurance) to pay for your medical bills, and they will not settle with you, then you must file a lawsuit. Without a lawsuit, you have no way to force their insurance to pay your claim.

Now if you are dealing with a clinic that you believed over charged you, then having a lawsuit may help motivate them to work with you on the bills.  Filing a lawsuit can demonstrate to the medical providers that this claim is seriously contested, and if they want any chance at getting paid, perhaps they should be willing deal. If they don’t accommodate during settlement negotiations, they run the risk that the plaintiff may lose the case and recover nothing, which hurts their chances of getting paid.

Get competent representation. There is no substitute for qualified representation in any lawsuit. Get a lawyer who handles car accident cases and is familiar with all aspects, including dealing with high medical bills and stubborn medical providers.

As we’ve previously blogged about, a large part of a personal injury lawyer’s job is to negotiate with medical providers to reduce the final amount of the bill. But this is not always possible. Sometimes the bill is just too high. For example, the medical provider may be willing to reduce 25% but that may not be enough, if the insurance policy limits are low.

In those cases, the client has a legitimate claim. They were wrongfully harmed by another’s negligence and deserve compensation for their injuries, their property damage, their time off from work (lost wages), and cost of their medical bills.

If all else fails, your lawyer can ask the Court to reduce the clinic’s medical bills by reducing their lien.

If all else fails, you can ask the court to intervene and determine whether a medical lien should be reduced in light of a settlement that is not large enough to satisfy all lien holders, as well as adequately compensate your attorney. I handle these often, and my goal is always the same: to try and put more money in the client’s pocket than they otherwise would have kept from the settlement if they paid the original amount in the medical bills. I am always willing to go this extra step to help my clients, because your injury is bad enough, but giving away your pain and suffering damages to over-priced car accident clinics and hospitals only adds insult to injury.