What to do when the bad driver lies and says “it was your fault!” 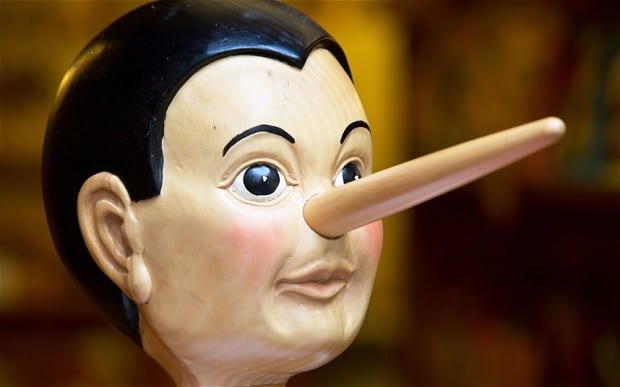 The problem with bold-faced Liars and the Insurance Companies that assist them in Oklahoma.

Here is a common scenario: You are driving down the road and another car switches lanes too quick and hits you from behind. You both pull over and exchange names and insurance information. When you get home you call the insurance company for the bad driver so you can open a new claim. A few days go by and you call the insurance company to ask when they are going to pay. But to your dismay, the adjuster tells you they are going to deny the claim. They tell you that their insured (the guy that changed lanes too quick and scuffed your car) swears that he was driving straight and that you were the one that changed lanes and hit his car! The adjuster says that if the only evidence available is your story and the story of his insured, then he has a duty to believe his insured and therefore deny your claim.

So basically, some guy recklessly damages your car and because you didn’t catch it on video, and you have no way to prove it (so you think), the insurance company is denying your claim. Is that unjust or what? How can that be, that someone who is totally at fault can escape liability just because they are good at lying?! And why is it that you now have to pay for damage that someone else caused?! Is that fair, moral, or just? Absolutely not.

At this point, you are wondering is the system just corrupt? Are bold-faced liars able to damage other peoples’ vehicles and get away with it by lying?! The answer is no. Our system, while imperfect, is still capable of weeding out bad drivers, liars, and their willfully blind insurers. But these cases can’t be resolved through phone calls with an insurance adjuster. The best way to deal with these willfully blind adjusters is to simply file a lawsuit and let their attorney deal with it. The liar won’t last long in court.

If you are trying to first do everything you can to resolve your claim out of court, then use these tips to tackle the scenario of a bold-faced liar and his accommodating insurer.

This is very important. You get a neutral, objective, disinterested party (i.e. the officer) reporting on the scene immediately who will write a report as to what happened. Law enforcement officers are very disciplined in not taking sides, not finding fault, but they will report objective facts, and the testimony of the people involved. A person is much less likely to make up a lie on the spot, at the scene of the wreck, while staring down an officer of the law. If the person admits to the officer that the collision was his fault, the officer will make a note of that. That person will later have a very difficult time withdrawing from that admission, and will lose credibility if he does.

If the person does change his story later, he can be cross-examined on his new account. Why did he tell the officer one line of facts, shortly after the occurrence, while still at the scene, but later recalls a different line of facts? Because he’s lying! And a written traffic report helps to lock the bad driver in to his initial story from the very beginning.

Now if the person lies to the reporting officer, then the officer will report his account of what happened. But sometimes officers will write about important details – such as a lack of skid marks, showing someone didn’t slam their brakes. Sometimes these details can go a long way toward discrediting the bold-faced liar’s account. Bottom line, always call 9-1-1 no matter what so that you can law enforcement on the scene taking a report. Nine times out of ten the bad driver won’t lie to the officer.

#2 File a claim with your own coverage. This way you pit your own insurance company against the bad driver’s insurer.

If you have uninsured motorist coverage, then file your claim with your own policy. You can even tell them that you opened a claim with the adversary’s carrier but they have denied it and therefore you are filing under your own policy. In this situation, your own carrier will then do everything it can to get reimbursed by the bad driver’s policy.

Likely what will happen is your insurance company will use your UM coverage to pay you first, that way you get compensated and get back on the road.  Then, your insurer will go after the other driver’s insurer to seek reimbursement/subrogation.

#3 If the responsible party’s insurer is denying your claim, call a lawyer. Insurance adjusters treat claims very differently once their insured is being sued in court.

If the first two steps don’t work, then call us to fight the battle for you. There are many more advantages to resolving insurance claims through litigation than over the phone and out of court.

Once the insured has been sued, the insurance company has a duty to provide legal representation to that person. Which likely means the insurance company is now paying an attorney who is billing by the hour. If this is a low-value property damage claim, the insurance company must choose between paying a lawyer to fight the claim or simply paying the claim. You’ll be amazed at how all of sudden the insurer stops believing the story told by their insured and starts getting down to business: paying you for the damage caused by their bad driving insured.

Aside from having to pay an attorney, the insurance company will also have to deal with it’s witness issues: their insured will not make a good witness when I get done with him!  One of the first things I would do in a case like this would be to depose the bad driver and get his entire story.  And more than likely, he will crack under pressure.  Lying becomes very difficult when you are asked hundreds of questions.  Only the most thoroughly prepared master mind criminal can survive the interrogation of a deposition; and chances are, this bad driver didn’t think that much when he told his insurance rep that he didn’t cause the accident.

And if he doesn’t crack, then we will just make out to be exactly what he is:  a liar.  We will discredit his story when we compare it to yours, the traffic report, and the logistics of the driving scenario at issue and why his story just does’ make logical sense.

These scenarios can be incredibly frustrating to deal with, because it feels like an uphill battle and worst yet, you are the victim, the honest one, just trying to make it right!  Don’t let these insurance adjusters get you down.  When they tell you that there are only two witnesses and they can’t believe you, then call us. And we’ll make them pay!