Why is it so important to expunge your Oklahoma arrest record? 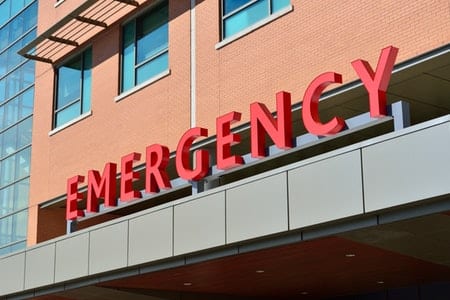 This topic is more important and relevant than ever to most young people today.

Because more People today have criminal records than ever before. Our country has just spent the last half-century fighting a “War on Drugs” that eventually became something lawyers and economists refer to as the Criminal Industrial Complex.

Just as President Eisenhower warned of a Military Industrial Complex in 1961 (that the people should be aware of the fact that certain industries will profit during wartime and to ensure that wars are not started for the benefit of a few industries), we have endured a Criminal-Justice Industrial Complex for several decades now: Cities, Counties, and States can increase their revenue by arresting and charging people for petty crimes.

Petty crimes (such as drug possession) are unlikely to go to trial (as opposed to serious crimes, like rape and murder), therefore will likely result in a plea deal, a probation sentence, and costs and fines associated with the probation.

Thankfully, the trend is now reversing, as many states realize that while arresting and charging is good for business, actual incarceration is not, as incarceration has proven incredibly expensive for states, like Oklahoma.

In the last several years, Oklahoma has amended is expungmeent statutes to allow easier process, shorten the waiting periods after sentences served, and allow more people to expunge their records.

Then there were ballot questions in 2016 that were overwhelmingly approved by voters. Those ballot initiaves make sweeping changes, such as reducing drug possession crimies to misdemeanors.

As of the spring 2018 legislative session, the Oklahoma legislature has passed seven bills related to criminal justice reform in an attempt to enact the will of the people as expressed in the 2016 ballot initiatives.

But even if Oklahoma reduces sentences for drug and property crimes, that only applies to future situations. People who have already been through the system still have records.

What this means for you is that you should be take advantage of the expungement laws and expunge your record.

I’ve written about the benefits of expungement. The public will not have access to your record and you can legally deny you were ever arrested, charged, or found guilty.

I’ve written extensively about how simple the process to get an expungement can be with the right lawyer.

I make everything about the process simple for my clients. I allow my clients to hire me and pay me online. I charge half of what most other lawyers charge (let’s see how long they can keep up their ridiculous retainers).

I work cases quick and efficiently. I don’t waste time.

I know that you hired me to make your record top secret history for a reason. You don’t have time to waste. You are counting on me to get it done, ASAP! So you can get that job and not have to explain an uncomfortable topic with your boss. I get it. Mission accepted.

I can’t wait to hand you a certified copy of your Order of Expungement!