Recovering your Attorney Fees from Lawsuit in Oklahoma 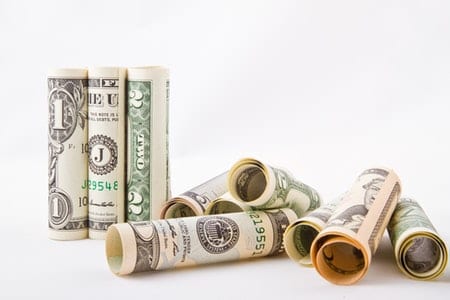 What you need to know:

If you win your lawsuit, can you recover the money you’ve spent on attorney fees?

If you are forced to sue someone, and your lawsuit is successful, can you make them pay for your lawyer fees?

What if you are sued, and you succeed in proving your innocence; can you make them pay for your defense? This article will answer those questions.

Traditionally, there have been two approaches in American courts: adopt the English Rule, or follow the American Rule.

In old England, from whom we Americans inherited our legal system, the rule was that the loser pays for the winner’s attorney fees. This meant you would have to think hard before filing a lawsuit, because if you lost, you would have to pay for the opposing sides legal fees, and they might have hired a really expensive lawyer.

Here in the States, we have generally taken the opposite approach. Under the American Rule, each side is responsible for their own attorney’s fees, unless there is a statute that specifically applies to the case at hand. The vast majority of States follow the American Rule.

Oklahoma follows the American Rule. Therefore, in the absence of a statute specifically authorizing attorney fees, each side is responsible for their own fees.

In Oklahoma, attorney’s fees are only recoverable if a specific statute applies to your type of case.

Although the default rule in Oklahoma is that each side bears their own legal fees, there are actually many exceptions.

The following types of cases have fee-shifting statutes which award attorney fees to the prevailing party.

Similar to actions on an open account, in actions for the enforcement of a mechanic’s lien and recovery for construction labor and materials, the prevailing party shall be allowed reasonable attorney’s fees. See 42 O.S. § 176.

In actions seeking compensation for damage to property, the prevailing party is entitled to reimbursement of attorney fees. As in all cases, the attorney fees must be reasonable. See 12 O.S. § 940.

Violation of the Consumer Protection Act.

A party who successfully pursues (or defends) a claim for violation of the Oklahoma Consumer Protection Act is entitled to reasonable attorney fees. See 15 O.S. § 761.1.

Types of Cases where the American Rule still applies

There are many types of cases that are routinely heard in Oklahoma Courts for which no fee-shifting statute exists, and therefore are still governed by the American Rule. Here are some of the more common types of cases where attorney fees are not recoverable and each side pays their own way:

Most fee-shifting statutes involve commercial or financial transactions, whether written contracts were involved or not. Other than actions for negligent damage to property, most tort actions do not have a companion fee-shifting statute. This would include the common law torts of fraud, trespass, assault/battery, and negligence, among others. In these cases, each side bears their own legal fees.

However, the prevailing party may recover costs.

While American Rule clearly applies to personal injury cases, it does not apply tort cases involving only damage to property, as noted above.